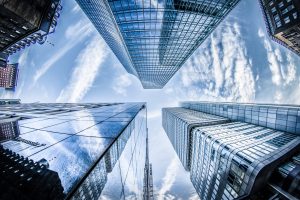 Last year, we gave readers an update on the expanded Section 179 deduction in the context of year-end tax planning. Business taxpayers have had some time now to implement the expanded deduction and deprecation benefits but may be missing some important details on what qualifies and what doesn’t. Below we outline the major changes to depreciation and deduction tax rules as a result of the Tax Cuts and Jobs Act. Read on to see if you can take advantage of some of these changes.

Did you know? You can also depreciate intangible property like patents, copyrights, and computer software, using the straight line method or the income forecast method.

One of the biggest changes is the ability to take a full 100 percent deduction the first year that qualified property is placed in service, beginning after September 27, 2017 and ending December 31, 2022. Most machinery, equipment, furniture, and computers will qualify if the normal recovery period is less than 20 years.

The second biggest change to be aware of is bonus depreciation now applies to used property, with the caveats that the taxpayer did not previously use the property before acquiring it, nor did the taxpayer acquire the property from a relative or a component member of a controlled group of corporations. Other restrictions to used property are that the cost basis must be figured without reference to the adjusted basis of the property when it changed hands, or when acquired from a decedent. Cost basis also cannot be determined in a like-kind exchange.

Improvements to nonresidential real property after the property was first placed into service now qualify for Sec. 179. This is important for any taxpayer who also owns the building their business is in, as long as the improvements aren’t structural in nature or part of a build-out. These include improvements to the building’s interior, as well as roofs, HVAC and fire protection systems, and alarm and security systems. Improvements related to building expansions, elevators or escalators, or internal structural framework do not qualify.

Motor vehicle depreciation limits also changed. If a passenger vehicle was placed into service after December 31, 2017 and the taxpayer does NOT claim bonus depreciation, then the following limits apply:

Under the same placed in service guidelines, vehicles can be depreciated at a much higher rate the first year – $18,000 versus $10,000 – if the taxpayer DOES claim 100 percent bonus depreciation. Maximum allowable deductions are the same the second, third, and later years in the recovery period.

Agricultural businesses, take note: the lifespan of certain farming equipment and machinery has been reduced from seven to five years for eligible property placed into service after December 31, 2017. Another change is that agricultural businesses that do not use the interest deduction limit must instead use the alternative depreciation system to depreciate any property with a lifespan of 10 years or more. Examples include single-purpose machinery, farm buildings, and some land improvements. Note that the requirement to use the alternative depreciation system in lieu of interest deduction limit now also applies to any real property trade or business.

Also new is that film, TV, and live theatrical productions are now considered qualified property eligible for 100 percent bonus deprecation. When used in combination with any state-specific film tax credits, certain areas could see an increase in film and TV productions.

The following types of property do not qualify for Sec. 179 deductions:

There are special rules for leased property and mixed-use property.

The following types of property are no longer eligible for bonus deprecation beginning after December 31, 2017.

Under the new depreciation and expensing guidelines, the bottom line is that businesses can immediately expense more as soon as eligible property is placed into service. Section 179 is not just a tax strategy to use at year-end (although it is often pushed at year-end as part of a strategy to minimize tax liability). With the higher thresholds and expanded definitions of eligible property, there are lots of opportunities for businesses to make strategic purchases or improvements while also infusing cash back into the business at tax time. Depending on the business, there are many changes to expensing and depreciation rules, so it’s best to check with your CPA before making a large investment. Contact Naden/Lean with questions on new and expanded Section 179 and bonus depreciation limits.