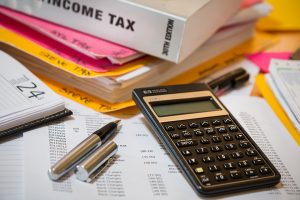 If this most recent tax season taught us anything, it was the need to check withholding at the beginning of the year – and throughout the year, too. Many Americans were surprised to learn their tax refunds were much lower than expected, and many others owed taxes unexpectedly. These unpleasant surprises can be avoided with proper planning. Making estimated tax payments throughout the year ensures an accurate tax return and a filing season that’s uneventful, just how CPAs like it!

generally will also owe estimated tax. Even if an individual is employed and has federal taxes taken out of each paycheck, if the withholding is too low, they will need to pay estimated taxes.

How to Calculate Estimated Taxes

To figure how much estimated tax you owe, there are two approaches. The first is to start with the prior year’s income, deductions, and credits. Then, work with your CPA or the IRS Form 1040-ES (or Form 1120-W for corporations) to calculate the projected numbers for the current year. Divide the total estimated tax due by four and pay in four equal installments.

So for example, if total annual income is expected to be $100,000, start by subtracting above-the-line deductions like student loan interest, IRA contributions, or self-employment deductions. This new number will be the adjusted gross income. Subtract the standard deduction to get the estimated taxable income. Apply the taxable income amount to the tax brackets to see how much estimated tax will be due. Self-employed individuals should also figure in the self-employment tax with the help of a CPA.

The second approach is to base each quarter’s estimated taxes on whatever revenue is earned that quarter. This approach is less planned out but better suited for businesses that experience a high volume of sales in one quarter and lower sales in other periods. Retail is an example where a third quarter estimated tax payment would be expected to be lower, when sales are slower, than a fourth quarter payment, when holiday sales are accounted for in November and December.

Once you arrive at this number, you can amend it each quarter as needed if the actual income is too high or too low. Accurate income is necessary to pay the right amount of estimated taxes and either avoid underpayment penalties or risk giving the IRS too much money.

Now that you’ve figured out how to figure the amount of estimated tax owed, it’s time to mark your calendar. In 2019, these are the dates when estimated taxes are due to the IRS.

Failure to pay at least 90 percent of estimated tax due (or 80 percent in 2019 for the 2018 tax year) will result in fines and penalties. A late estimated payment can also incur fines, so be on time! There is a safe harbor rule to be aware of; if you pay at least 100 percent of the taxes you paid in the previous year, you will avoid penalties even if you underpaid in the current year (you will still owe these taxes, though).

You can keep track of how much and when you made payments for estimated tax using the IRS Electronic Federal Tax Payment System, linked here. And don’t forget about state or local taxes! The rules of local jurisdictions vary. If you need help calculating your estimated taxes, contact Naden/Lean here.