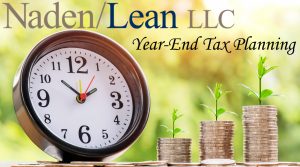 As with many elements of the tax code, the Section 179 Deduction can appear intimidating at first glance. However, a second, more in-depth examination would reveal a beneficial tax incentive for businesses of every size.  To help maximize your savings, we provided an overview of the deduction, which provides the opportunity to deduct qualifying equipment purchases on a business tax return.

The Section 179 Deduction, which resides in the Tax Cuts and Jobs Act of 2017, allows business owners to deduct the full purchase price of various business assets – such as office equipment and company cars – from their gross income. Though owners have been able to recover qualifying equipment costs for some time, Section 179 allows for the deduction of the entire cost of the equipment in a single year, rather than writing off small amounts over time through depreciation.

Section 179 is often compared to Bonus Depreciation, a tax code that accelerates regular depreciation savings by allowing businesses to make an additional 50% deduction from the cost of qualifying equipment. The major difference between the two is that Section 179 covers new and used equipment, while Bonus Depreciation has historically only covered new equipment.

Bonus Depreciation is typically taken after the Section 179 deduction, which tends to benefit large companies whose spending is likely to exceed Section 179’s stringent purchasing limits.

While incredibly beneficial when properly utilized, Section 179 has its limitations. Businesses can only write off up to $1 million of qualifying equipment expenditures. Additionally, once the total amount of equipment purchased exceeds $2,500,000, the deduction begins to phase out on a dollar-for-dollar basis. In other words, the deduction disappears once a business spends $3,500,000 or more in equipment purchases. In this way, Section 179 lends itself to small and medium-sized businesses as opposed to large corporations

The IRS has only two general requirements for qualifying property. First, the property must be, “tangible, depreciable, personal property which is acquired for use in the active conduct of a trade or business.” Second, the property must be purchased and used for business in the same year in which you claim the deduction. As a result, qualifying property can manifest in various forms, including (but not limited to):

Note that many of the categories listed above are accompanied by strict guidelines regulating the circumstances under which they can be applied to the Section 179 deduction.

The Section 179 guidelines provided by the IRS also stipulate the types of equipment that do not qualify for the deduction. For example, land and land-based improvements like swimming pools or parking lots cannot be deducted. Additionally, leased equipment and property used for lodging are not likely to qualify for Section 179.

Have you made equipment purchases in the past year that you think may qualify for Section 179 relief? Contact our tax professionals and we’ll help you navigate the intricacies of the deduction and maximize your business’s purchasing power.