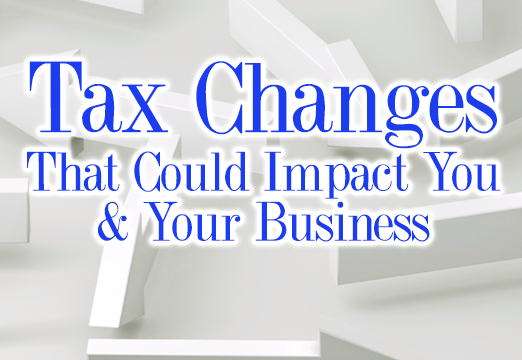 2018 taxpayers will see many changes related to individual taxes due to the “Tax Cuts and Jobs Act” passed in December 2017. Many of the provisions in the new law expire (sunset) January 1, 2026. The changes affecting most individual taxpayers include: